In this week’s spotlight, we wanted to bring to you a modern-day female superhero: Tsvetta Kaleynska. She is a global software expert, a female empowerment figure, and an author on the topics of A.I. and technology. 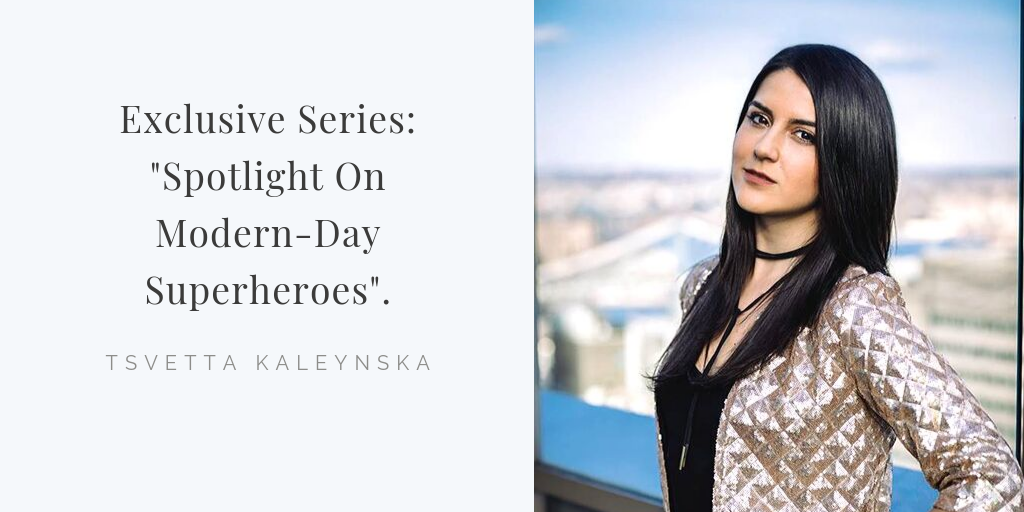 Ms. Kaleynska who is the founder of the New York City-based boutique consultancy RILA GLOBAL CONSULTING has established herself as a social media authority in Bulgaria, publishing the first book on social media in 2014 called “#TheQueen: Social Media”  As a thought leader, Tsvetta’s work is regularly featured in top media outlets such as Ted X, Cosmopolitan and Elle magazines. In her free time, she is a TV correspondent for a national morning show in Bulgaria, where she uncovers global digital trends and introduces the viewers to innovation practices. As a recent immigrant to the United States, she is among the most recognized female empowerment faces for her international work with organizations such as the Peace Corps and the European Commission. She completed her education at Cornell University, the City University of New York at Baruch College and St. Francis College. Kaleynska is fluent in five languages.

From Social Media to Social Change

Tsvetta has been working on empowering females internationally for over 15 years. She is part of Leadership Academy GLOW, a female-run association with the mission to educate and empower Bulgarian girls and helping them fulfill their potential as future leaders. Girls Leading Our World Association aims to unleash the full potential of youngsters and develop them as future leaders, who are capable of making informed decisions and are active citizens in their local communities. GLOW Bulgaria’s unique approach to stimulating social awareness and personal improvement among young people truly makes a difference with over 700 alumnae who have graduated from the Leadership Academy. Tsvetta, who is a motivational speaker, actively promotes GLOW’s work internationally. She often speaks at global events, covering topics around female empowerment and the impact of technology and education.